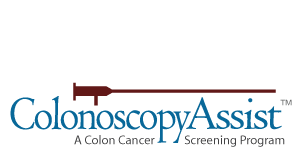 What is the Colonoscopy Assist Program ?

Because Screening For Cancer Should Be Affordable

Colon or colorectal cancer is cancer that starts in the large intestine (colon) or the rectum (end of the colon).

According to the American Cancer Society, colorectal cancer is one of the leading causes of cancer-related deaths in the United States. However, early diagnosis often leads to a complete cure.

Almost all colon cancer starts in glands in the lining of the colon and rectum. When most people and when doctors talk about colorectal cancer, this is generally what they are referring to.

There is no single cause for colon cancer. Nearly all colon cancers begin as noncancerous (benign) polyps, which slowly develop into cancer.

You have a higher risk for colon cancer if you:

What you eat may play a role in your risk of colon cancer. Colon cancer may be associated with a high-fat, low-fiber diet and red meat. However, some studies found that the risk does not drop if you switch to a high-fiber diet, so the cause of the link is not yet clear.

Smoking cigarettes and drinking alcohol are other risk factors for colorectal cancer.

Many cases of colon cancer have no symptoms. The following symptoms, however, may indicate colon cancer:

With proper screening, colon cancer can be detected before symptoms develop, when it is most curable.

Your doctor will perform a physical exam and press on your belly area. The physical exam rarely shows any problems, although the doctor may feel a mass in the abdomen. A rectal exam may reveal a mass in patients with rectal cancer, but not colon cancer.

A fecal occult blood test (FOBT) may detect small amounts of blood in the stool, which could suggest colon cancer. However, this test is often negative in patients with colon cancer. For this reason, a FOBT must be done along with colonoscopy or sigmoidoscopy. It is also important to note that a positive FOBT doesn’t necessarily mean you have cancer.

Note: Only colonoscopy can see the entire colon.

Blood tests that may be done include:

If your doctor learns that you do have colorectal cancer, more tests will be done to see if the cancer has spread. This is called staging. CT or MRI scans of the abdomen, pelvic area, chest, or brain may be used to stage the cancer. Sometimes, PET scans are also used.

Stages of colon cancer are:

Blood tests to detect tumor markers, including carcinoembryonic antigen (CEA) and CA 19-9, may help your physician follow you after treatment.

Treatment depends partly on the stage of the cancer. In general, treatments may include:

Stage 0 colon cancer may be treated by removing the cancer cells, often during a colonoscopy. For stages I, II, and III cancer, more extensive surgery is needed to remove the part of the colon that is cancerous. (See: Colon resection)

There is some debate as to whether patients with stage II colon cancer should receive chemotherapy after surgery. You should discuss this with your oncologist.

Almost all patients with stage III colon cancer should receive chemotherapy after surgery for approximately 6 – 8 months. The chemotherapy drug 5-fluorouracil has been shown to increase the chance of a cure in certain patients.

You may receive just one type, or a combination of the drugs.

For patients with stage IV disease that has spread to the liver, various treatments directed specifically at the liver can be used. This may include:

Colon cancer is, in many cases, a treatable disease if caught early.

If the colon cancer does not come back (recur) within 5 years, it is considered cured. Stage I, II, and III cancers are considered potentially curable. In most cases, stage IV cancer is not curable.

The death rate for colon cancer has dropped in the last 15 years. This may be due to increased awareness and screening by colonoscopy.

Colon cancer can almost always be caught in its earliest and most curable stages by colonoscopy. Almost all men and women age 50 and older should have a colon cancer screening. Patients at risk may need screening earlier.

Dietary and lifestyle modifications are important. Some evidence suggests that low-fat and high-fiber diets may reduce your risk of colon cancer.

Several studies have reported that NSAIDs (aspirin, ibuprofen, naproxen, celecoxib) may help reduce the risk of colorectal cancer. However, the U.S. Preventive Services Task Force and the American Cancer Society recommends against taking aspirin or other anti-inflammatory medicines to prevent colon cancer if you have an average risk of the disease — even if someone in your family has had the condition. Taking more than 300 mg a day of aspirin and similar drugs may cause dangerous gastrointestinal bleeding and heart problems in some people.

Although low-dose aspirin may help reduce your risk of other conditions, such as heart disease, it does not lower the rate of colon cancer.

Please note: The information on this website is provided by ColonoscopyAssist™ for educational purposes only. It is not a substitute for professional medical care or advice.

I am so thankful that such an offer is available for those without insurance. Very affordable tests for colon cancer screening. The entire experience was so effortless for me. They made it so easy and did all they advertised to do. They guided me every step of the way.

As I don’t have health insurance, I was pleased to learn about Colonoscopy Assist. Had it not been for my girlfriend, a former RN, I would have been unaware of your service. By working through Colonoscopy Assist, I have saved at least $500 versus a straight private pay. In addition, my last colonoscopy was well over a decade ago. Due to the number of polyps removed, I was instructed to return in 5 years. Had it not been for your services, I would have delayed this procedure even longer. Thankfully, there were no polyps this time. I now have peace of mind on which I cannot put a price.

You saved my life. Seriously. I am 46 but have a family history of colon cancer. When my brother had malignant polyps, I got a referral from my doctor. Our insurance doesn’t cover colonoscopy so I would have had to pay $4600 out of pocket. Yikes. Found this site and made the appointment. Out of pocket costs were much more manageable, and the entire process worked as stated. A cancerous mass was found, so now I am getting treated. Otherwise I would never have known until it was too late. Thank you Colonoscopy Assist.

Everything went smoothly and professionally as promised. There was no problem at check in and the facilty and staff were excellent and very caring.
We would use this program again for sure.

Operators were awesome. Quick to help me get appointment setup and walked me through what I needed to do. Pleasure dealing with them.

Great program! Very well done and organized. I got screened and it saved me a lot of money.

Everyone at the office was professional and friendly. It was very easy to make the appointment and the procedure went well. I appreciate the opportunity to have a colonoscopy at a much more affordable price. Thank you Colonoscopy Assist.

From the moment I walked in and filled out paperwork to preparing for procedure. Everything went like clockwork. Will visit again in 5 years.
Excellent service!!!

Professional staff, very efficient, it was nice to have the doctor call to check on me after procedure. I highly recommend this facility…

This is a great and affordable way to get it done. I traveled 140 miles, but it was worth it. The facility and the doctor were nothing but top-notch. No difference in treatment or care than if you had the best insurance. I will definitely go back, and will recommend ColonscopyAssist to family and friends.

Used your program 5 years ago. Was very satisfied then. You contacted me with a reminder for five year checkup. Thank you. You helped get appt. with a facility closest to us. They were very nice staff and doctor was great. Again, thank you for your assistance in helping us out.

Colonoscopy/Assist was the best thing that happened for me. With family history of colon cancer I was long over due to do my first screening. Getting several quotes from several doctors I was looking at the unaffordable fees. When I contacted Colonoscopy/ Assist I was given the price that I could afford (a flat fee with no hidden fees)

The Team is Back in the Office!